Never Have I Ever as Character Introduction

Two random peasants are sitting at a big round table in the local tavern. Already a little tipsy, they invite the PCs (interesting strangers as they are) to sit and join them for a friendly drinking game.

It’s an ancient game; they call it “Never Have I Ever.”

Give the peasants names. They're curious about the folks from out of town and generally rambunctious. Roll a d40 whenever its a peasant’s turn to ask. Skip whatever’s uncomfortable. The peasants go first:

Liches Libram did a much more in depth analysis of this type of roleplaying encounter. IMO for a group of new players, fresh off an intro dungeon and looking to mingle with the locals, simple is best. Two truths and a lie also probably works. 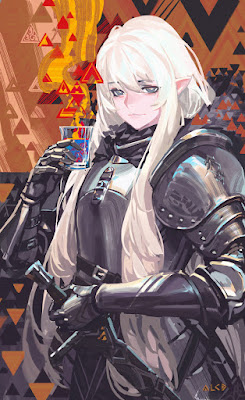 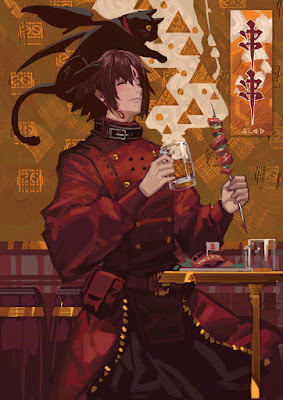 I refuse to count pennies anymore.

Lexi did advancement better than everyone else back in 2019, so I'm ditching XP for GP for my hack. Now I'm confronting the fact that I never want to count individual XP, GP or any sort of P again. So here's how I'm handling money in the new version:

The whole party shares a wealth level which represents their combined purchasing power and standard of living. There are five wealth levels: In Debt, Broke, Well-Off, Wealthy, and Extremely Wealthy. Each wealth level corresponds to a tier of purchases that can be made at that wealth level.

You can’t make purchases above your wealth level while you are In Debt. The next treasure you sell pays off your debt and leaves you Broke. (Alternatively, you can keep buying shit, at the risk of provoking your lenders.)

Anyway, that's that for now. Let me know if this smells right; I'm personally excited to playtest it. You might recognize a lot of it when I show it off; I've been doing a lot of "borrowing creatively" from other peoples' blogs. Portals and pegasi made some really good shit pretty recently and i plan to steal as much of it as possible.

Email ThisBlogThis!Share to TwitterShare to FacebookShare to Pinterest
Labels: hack

The party meets an 8-to-18-foot-tall agent of chaos in the dungeon. What are they wearing? (Roll 2d6 once/twice)

(Sidenote: Demons are gender- and sex-fluid by default.)

41 - Choking perfume. Smells like old people and sleep paralysis. Save vs. hallucinations.
42 - Beard and mane flowing like a solar halo, radiating heat and light.
43 - Additional, seemingly sentient, extremely conventionally attractive human faces sculpted onto various body parts (2d4): center of chest, back of head, forehead, elbow.
44 - Sword through the neck. Demon doesn’t breathe or need their head to live.
45 - Is actually a tongue-shaped parasite wearing an entire other demon.
46 - Armless dress resembling an upside-down rose. If the dress is damaged, the demon’s arms are freed.

51 - Cranial bifurcation from the mouth up. Split is lined with teeth; adds a bite attack.
52 - Cloak of severed hands clasped in prayer (“moral camouflage”). Demon appears as Lawful Good for purposes of alignment-detecting magic.
53 - Bite shoes.
54 - Headdress depicting half of an epic blasphemy in bones. (It’s a couple’s costume. A demon on the floor below is wearing the other half.)
55 - Tryptophobia holes in the forearms containing (1d4): blacksteel spears; undead thralls; alcohol; BEES.
56 - Titanite horn-tips; protect the horns from wearing down against the ceiling.

61 - Medusa-head tongue piercing. Save vs. Petrifying Gaze whenever they open their mouth.
62 - Different crown on each of its spiraling horns.
63 - Angel-steel iron maiden around the head. (Only a Lawful Good creature can open the mechanism.)
64 - Delicate gossamer veil gliding across the floor. Creatures caught in the veil are stuck fast and consumed faster.
65 - Fractal wizard-trap robes. Spellcasters who see it Save vs. eating their own fingers.
66 - This shit. (See below.)

The Logistical Nightmare That Is This Winter

I made a short TTRPG as a final project for my Apocalyptic Literature class (my first real dungeon pdf!!!!!). Not my finest work, but maybe worth expanding on in the future?

Credit to my girlfriend for the name (definitely the best part of the whole thing).

You were abducted by a fox in early life. Maybe you escaped the den, or maybe the fox took a liking to you. Regardless, they already got what they wanted from you.

(Fox space is extra-dimensional space grounded in the realm of the fae; basically a bag of holding. Fox space exists only as long as you are conscious; if you fall unconscious, everything inside jettisons out of the container. You can’t maintain more than 10^[Wizard Templates] square feet of fox space at a time.)

Drawback: You possess the wide-eyed innocence of a child, and are deeply suggestible and impressionable. You have only 3 years to live.

Wealdway
You create a door to your fox space for [dice] hours. The size of the door is based on the doorframe you choose.

Betwixt
Choose two objects you can see within 100^[dice] ft of each other. Until the end of your next turn, treat those objects as adjacent to each other.

Gekkering
You speak with the tongue of foxes for [sum] minutes, as if barely containing your laughter. Creatures who hear your voice become more trusting; you roll an additional d6 for reaction rolls.

Unassuming Guise
Choose a unit of time (seconds/weeks/decades/etc). You transform into an inanimate object of your approximate size for [sum] of those time units. As an object, you do not age and can observe the world around you. You cannot end your transformation before your time is up. If the object would be broken, the transformation ends.

Abduction
You grab an object or creature and pull it into your fox space for [sum] - their HD rounds. If they don’t fit in your fox space, random items are jettisoned into the space the target once occupied until they do.

Fox Fingers
You reach out and touch another creature. For [sum] rounds, you have full control of your target’s actions (no Save) so long as you remain in direct physical contact with them. This works through clothes, armor, and saddles, but not through shields or brick walls. 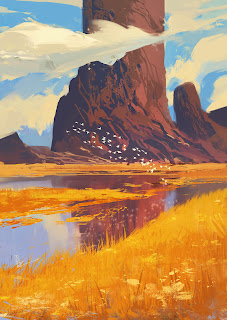